Well, I really wish I had a photo to share of her, but alas I do not. She is one of the many names that I am fascinated with in my family tree. I am sure you all have your fair share too. I love trying to find information about the women as well as the men. Just think about how much of an effect the women had on the country. Everyone of our relatives have left something more than we could ever imagine, and done things that we could never fathom. It is a deep passion that has sped through my veins even at a young age. Who we are is so much of where we have been. Not just us physically, but our families, all those that came before us gave so much of themselves. I really want to know and understand as much as I can about all of them.

I have been told for years that we have Native American blood, but I have not found evidence. I must tell you that some people are not happy when you tell them..."There is no evidence to support what you have told me." Oh sure, I do think there is a thread of truth that runs through those old stories, but some of the stories are just that...Stories. I think I am going to just get a DNA test done to find all of the strands of races we may have.

What about Abagail? Well, I do know that she was married to Peter Fizer. Abagail was born in 1809 in Virginia. I have tried to get a hold of a professional, but the person that I hired has not got back with me. I have to get a hold of Ancestry to find out how to hire someone else, and get my money back. My distant cousin Melissa found this bit of information.


In reference to Great Grandfather's mother, Abigail (Warner) Collins, after the end of the Civil War, I have no record of when she first came to Virginia. However, she came to Sycamore to visit her only son then living who was Peter, at his home at the Clay Mitchell place. She had married a Collins and Uncle Lum informed me that they went to housekeeping across the Sycamore Creek from the Sycamore Schoolhouse now owned by D.J. Craddock. This hollow was then called Collins Hollow after Mr. Collins who lived there.

Well, later on she was visiting relatives in Ceredo, W. Va. And was stricken with heart attack while she and a little girl were watching boats sail up and down the Ohio River, so Uncle Ben Griffith tells me. This is in the month of April, 1876 while Uncle Ben and his mother were living at the old Buck Thompson place now owned by Uncle Lum Fizer, and Grandfather Mose was then living at the Charley Burdette farm then owned by the Kirtley's. He got Cal Thompson, (Frank's father) a minister to meet the train at Hurricane and bring the corpse out to Sycamore for burial at the old cemetery above Nye or below the Mattie Smith place.
Grandfather Mose was following the wagon. Uncle Peter Fizer was riding on the wagon with Mr. Thompson, Uncle Ben's mother, Mrs. Griffith inquires of grandfather, "Who is the corpse?" He advised her that it was his grandmother, Mrs. Abigail Collins. They proceeded on their way to the cemetery, stopping for a short time at her son's home, Peter Fizer, then living at the Clay Mitchell place. That will be 71 years ago this April. Her body was laid to rest with no mark or trace of her grave established.
This is all the information that I have been able to research.
Posted by Kimberly at 12:00 AM

Promote Your Page Too

Kimberly
I am a mom of two beautiful children and several dogs. The collection includes a Maltese, Yorkie and two Cane Corso's. I love to cook for my family, and spend time with them. My husband and I love to collect antiques and art. 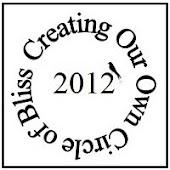 Secret is in the Sauce 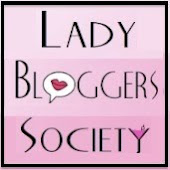